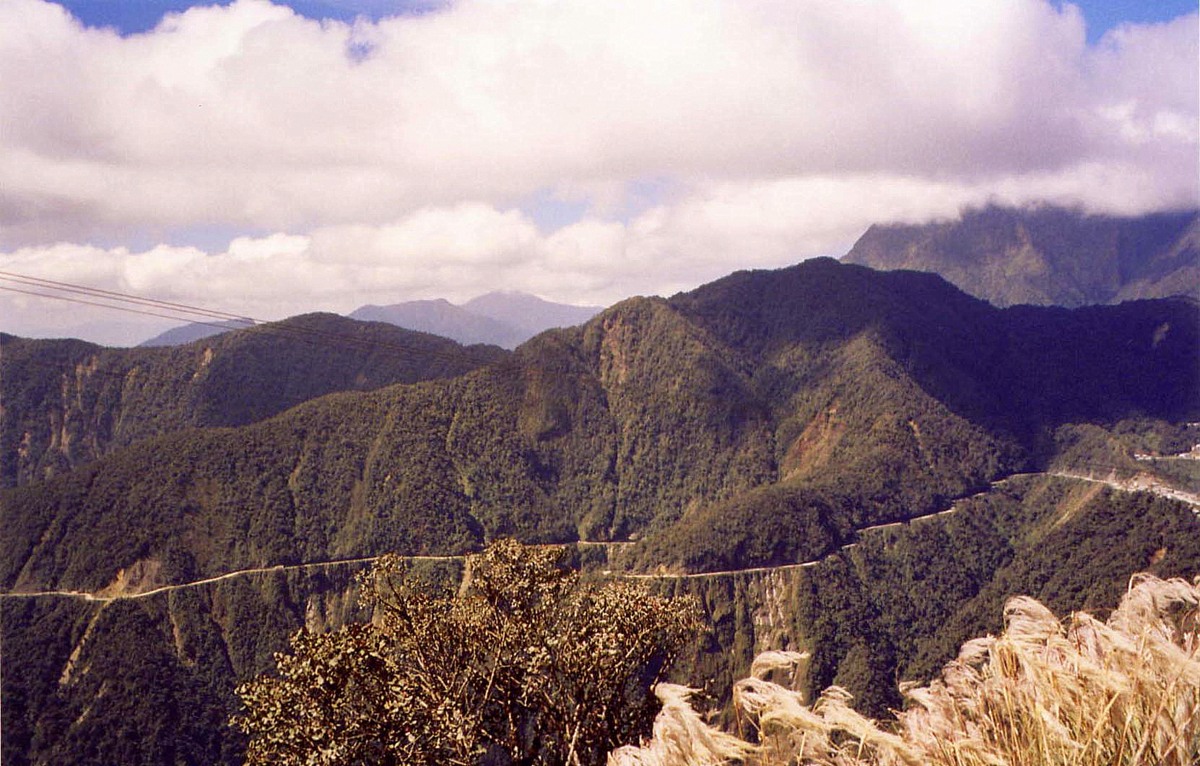 The world’s most dangerous road is often cited as the 38 mile stretch of road from La Paz to the Yungas region of Bolivia. It is legendary for it’s extreme danger. The road basically amounts to a one lane highway clinging precariously on the edge of a mountainside with occasional turnout points where cars can safely pass one another. The road is lined with crosses marking those who have died along its path. Some estimates say up to 300 people die a year on this road.

So, of course, what better way to travel down the most dangerous road than by bicycle! What was I thinking?! I’m not sure if my choice of riding a mountain bike down the road was the safest, but at least I was in control as I raced down along the open cliff side!

Heading out from our drop off point we were on our own until lunch halfway and the final pick up point 30+ miles down the road. We were given a quick lesson in safety, given helmets and visibility vests and set on our way.  I was terrified as soon as we made it down the first little stretch of the road. First of all, the route is almost entirely downhill which meant we had our brakes on the entire time. If I slipped on a rock or pulled too tightly on my front brakes I would go careening off the cliff or in front of a vehicle. Second of all, since we were heading downhill, we were on the cliff’s edge, while the uphill cars were against the rock face. EEK! What the hell was I doing my mom brain says now. (Sorry Mom for scaring you all the time!).

At one point along the route we all stopped to watch the dance of vehicles that must happen hundreds of times a day. A truck and a bus came head to head around a bend and neither could pass. The white truck then had to carefully reverse all the way back to the last turn out point. It was frightening to watch, but like a train wreck, you couldn’t look away.  Happy to say they made it, but it showed us how quickly this road can lead to disaster.

And I am happy to say that we all made it safely down the mountainside as well. Once we got the hang of riding so close to the edge and watching out for buses, it was less scary. But incidents such as the above reminded us to remain vigilant.

The ride back up the mountain late that evening by bus was almost as scary. Even though we were on the mountain side, we were no longer individually in control of our fate. And, it was pitch black out. I tried to not focus on what could happen, rather I just stared out at the night sky. It was the first time I had ever seen actual galaxies in the sky. It was beautiful and a perfect end to an adventurous day.