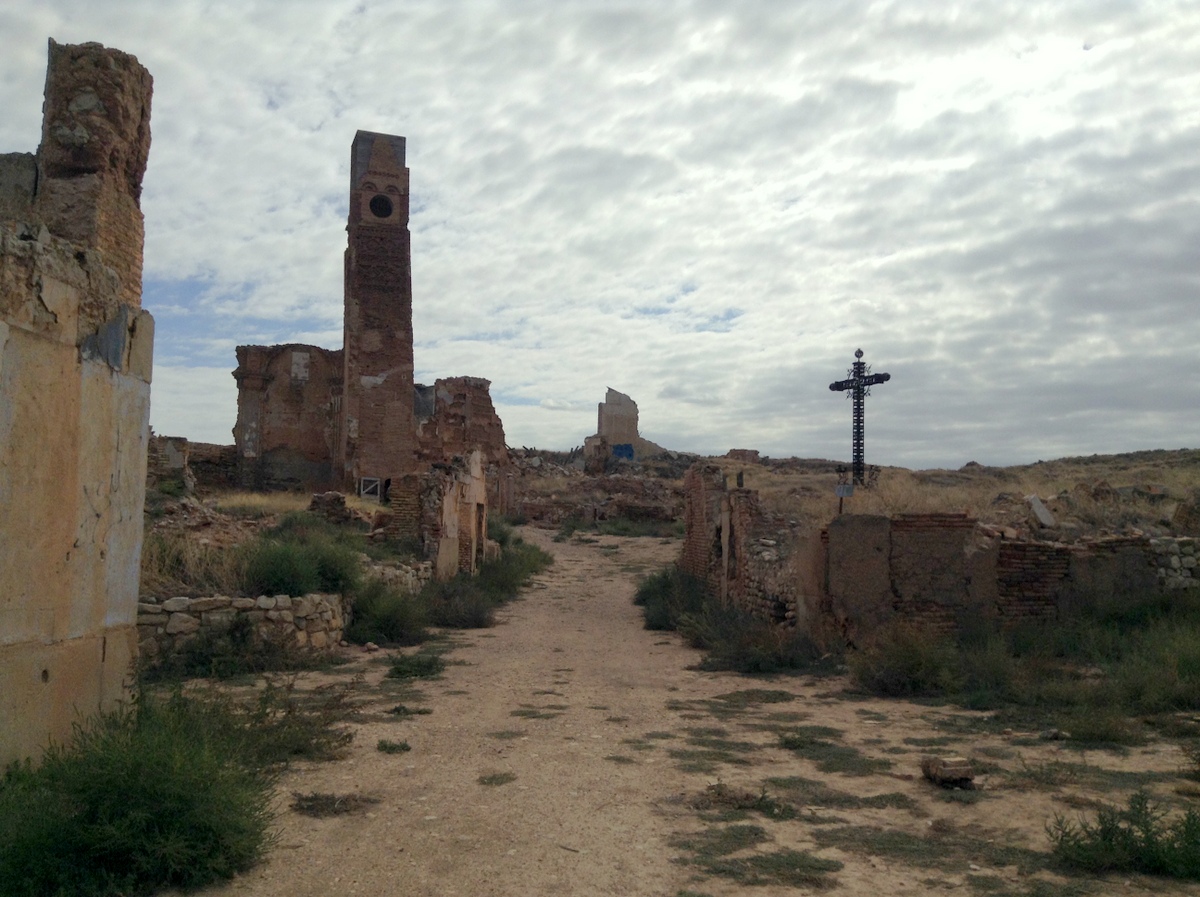 There are two villages named Belchite sitting next to one another in the south of Spain. One is home to about 1,600 people. The other is a ghost town, destroyed during Spain’s Civil War (1936-1939). It has been left untouched as a reminder of the damage wreaked across the country.

On a 4 day mini Spanish roadtrip, we stopped at the ghost town to have a look around. This ended up being one of our favorite stops along the way. Educational and so visually powerful.

The only way to see the ghost town is to join a tour from the new village of Belchite located down the road. We were lucky to have arrived shortly before a tour started, so we occupied ourselves in the new Belchite town’s playground while waiting.

The tour was in Spanish, so we were given headphones for the English version. Not knowing much about the Spanish Civil War and having a toddler asking tons of questions, the headphones became necklaces more than the informative tour it was supposed to be! Thats ok though, much of our visit was spent walking around through the ruins taking photos and answering our 3 year old son’s questions about what we were seeing. It was a sad reminder of what happened, but it was also so powerful and moving. In general, we need these reminders in our world so each generation can see, feel and re-live the devastation of war. It is definitely a must see if you are ever driving through the middle of Spain.