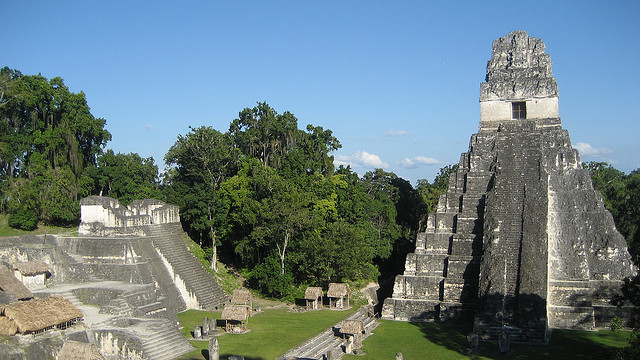 I could also list this F for friendships. One of the most special aspects of travelling are the people you meet along the way. While traveling you meet, bond and connect with people maybe just for a short tour, possibly day or a week, or if you are lucky a lifetime. At the end of the day though, you don’t know if you will ever see them again.

Today’s travel memory takes me back to Flores, Guatemala. I was in the midst of a solo backpacking trip to several countries in Central America. At this point in my trip, I was hot, carrying my overpacked backpack and walking along the long bridge connecting this island town to the rest of Guatemala. I was too cheap to pay the fares the taxi’s were requesting so I decided to walk the entire way to my hostel. But luck was on my side.  A guy leaned out of his rickshaw as he slowly passed asking if I needed a ride. He was an American just like myself. Back then, I didn’t have the worry or anxiety of taking rides from strangers, especially fellow tourists. Relieved, I said “sure, thanks!” and hopped in.

We spent the next few days traveling together, visiting the Mayan ruins of Tikal and bopping around Flores together. Little did I know then that this person would be in and out of my life for the next 13 years (and counting). I would find out later that we both lived in San Francisco and had friends in common. To this point in my travel career, I had never met another person from my same city, so this was a huge coincidence in my world.

I wouldn’t know then that we would meet regularly in San Francisco to chat travel, music and eat amazing meals. I couldn’t have known that we would plan other trips together (but never actually get to take them!) or that he would be the first person I would tell I was moving to India. And of course I never would have guessed that day on the bridge that 13 years later I would fly across the country to attend his wedding. Life took us both in many directions, but as fate would have it, we now live in the same city able to bond and connect again.

This trip to Guatemala, Honduras and Belize produced not just one, but two lifelong friendships that I still cherish very much today.  The friendships you make along the way is just one of the many beauties of travel.