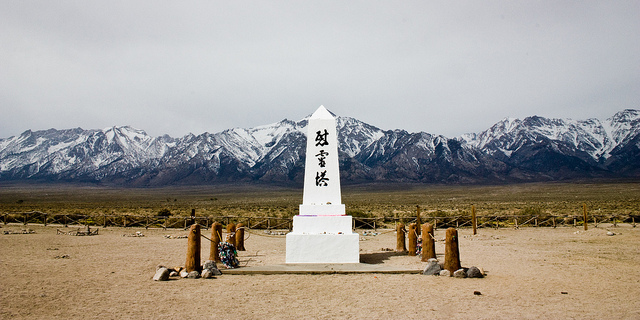 If you follow us regularly, you know we are national park obsessed. But it’s not just nature parks that we love to go to, we also enjoy visiting many of the monuments and historic sites that are part of the national park system. Through these other parks, we have been able to learn more about the history and culture of this great country.

On our recent visit to see fall colors in Bishop, we passed by Manzanar National Historic Site. As soon as my son saw the NPS badge on the road sign, he was obsessed with stopping to check it out. In researching our trip along Highway 395, I had read about Manzanar, so I wasn’t exactly sure if it was appropriate for my 6 year old. I gave him a brief history of the site and then we decided to see if they had a Junior Ranger program for him to complete. I felt confident that if they had a program, they must feel it is accessible to younger children. However, I admit I was nervous about our visit and wondered how it would impact him.

If you are like most people, you haven’t ever heard of Manzanar and you have no idea why it is a historic site. Unfortunately, Manzanar is not associated with a positive part of American history.  In 1942, the US government required more than 100,000 men, women, and children of Japanese decent to leave their homes with little or no notice. The government then held them in remote, military-style camps throughout the western US. Manzanar was one of ten internment camps where these families were held during World War II.

The US government was worried about the possibility of spies and felt that it was not safe to have Japanese people living on the West Coast since it was close to Japan. The internment camps was the solution. What transformed was one of America’s greatest atrocities on American soil during the war. In the end, more than 60% of those held were actually second generation Japanese, born on American soil. Additionally, during the war, not one Japanese American was arrested or convicted of being a spy.

The internment camps in the US are one of the our countries’s greatest violations of human rights. It is important to continue educating our youth about this history so that it doesn’t happen again.  The Manzanar Historic Site is the actual place where this camp was situated in Owen’s Valley where it is still quite stark and desolate to this day. The large interactive and very informative visitor center on the grounds of the internment camp does a wonderful job of capturing the many layers of inhabitations and multiple perspectives around internment. Inside, you can watch a film about the camps, walk through interactive exhibits showcasing more detailed information about the people who lived there as well as purchase books and other related items from the small gift shop.

Additionally, there is a self guided auto tour that takes visitors around the remains of the camp on a dirt road through howling winds. During the 20 minute (longer if you stop at each location) you can see the barracks, often just empty plots or foundations labeled “Block 10” where the families were housed, the remains of gardens the detainees built to beautify their surroundings as well as the moving memorial decorated with paper origami cranes dedicated to those who lived and died there. 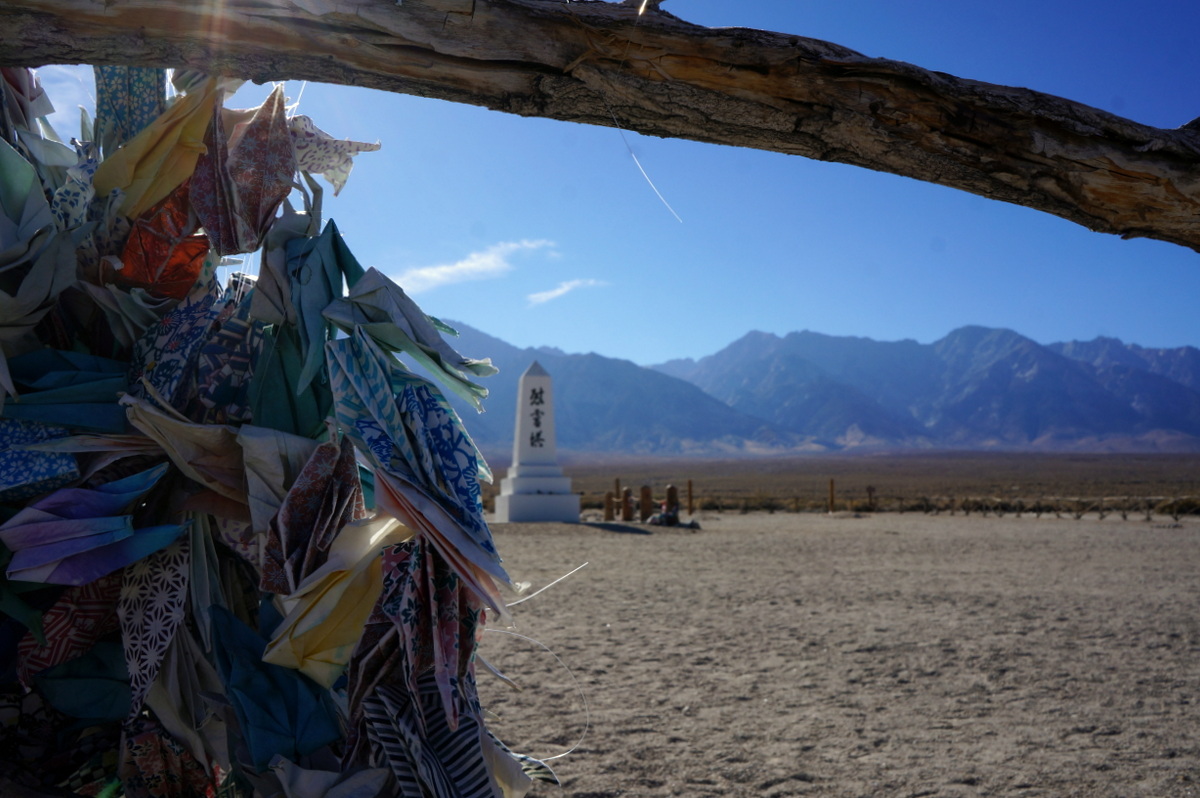 As part of the requirements for the Junior Ranger badge, we watched the very emotional film that details exactly what happened during those years. The dark room was silent except for the sniffles of everyone barely containing their tears. The film is heavy, but serves as a good introduction for children to what this site is all about. All my son could say after the film was “that was just rude”!

Following the film, we spent a good deal of time walking around the visitor center seeing first hand how those who lived there were housed, what they were allowed to bring with them, and even visiting the children’s toy library.

Manzanar is located at the edge of the Eastern Sierras, literally in the middle of no where! If you are traveling on Highway 395 on the way to the Eastern Sierras to Mammoth Lake and/or Death Valley National Park, you will pass it. There is very little nearby, which means it is probably not a highly visited national site, however it should be!

This is one of the most heart breaking, informative and transformative national park sites we have visited to date. It has continued to come up in my son’s conversations. It really hit home for him the need to educate ourselves and others on the differences between cultures and people rather than to let fear dictate our actions. I was worried about how he would handle our visit, but it has proved to be such a powerful way for him to see how fear can lead to bad things. If you are in the area, I would highly recommend you stop even for just an hour or so. 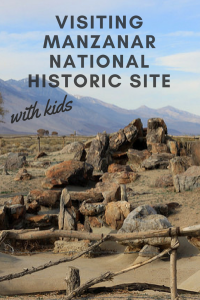