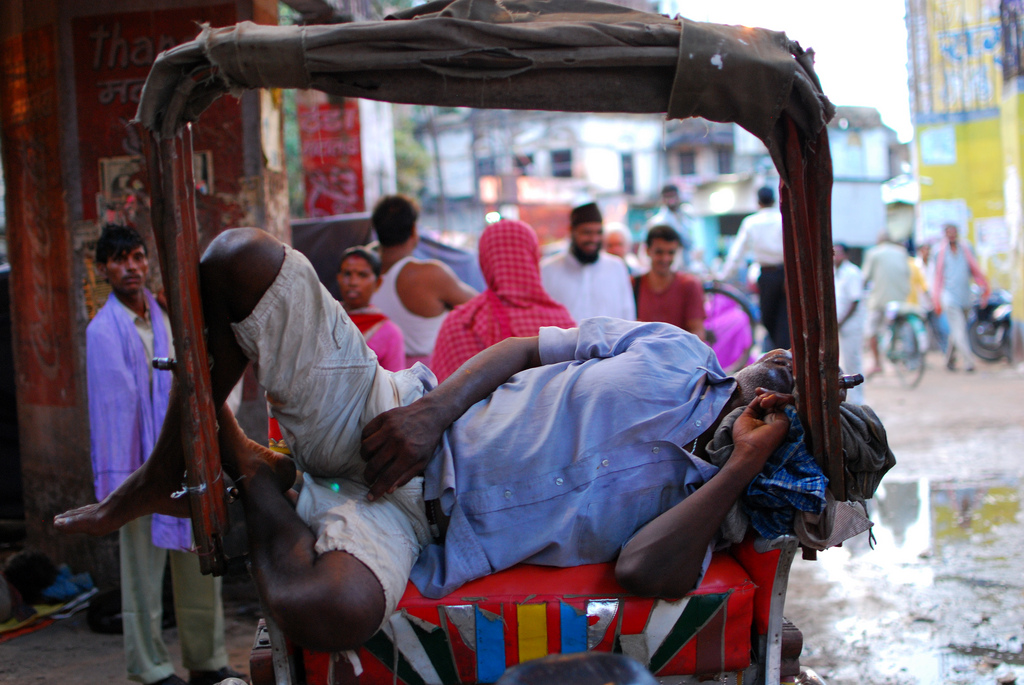 Are you planning on visiting India, but not sure what to expect? You have dreamed of going to India for years, you have seen all of the movies, you have read the books, you feel like you KNOW what it will be like. Nope. Forget all that you think you know and read below for what to really expect upon arrival in India and tips on how to avoid culture shock in India.

What to Expect: Top Tips on Avoiding Culture Shock in India

If you arrive anytime other than the winter, stepping out of the airport you will be hit by a wall of heat and humidity and masses of people. It is quite disorienting the first time you arrive in India to see so many people everywhere, feel such heat and humidity and all of it in the middle of the night when most international flights arrive. If someone is picking you up at the airport, have a plan of where they are to meet you, so you aren’t stuck standing in place scanning the thousands of people looking for one familiar face. If you are getting a taxi, go to the prepaid taxi stand before you leave the airport and have clear instructions on where to meet your taxi. This will help you avoid some of the struggles of a newbie.

In a country with so many people, personal space is at a premium. Do not be surprised when standing in a line with plenty of space around you, and the person behind has their entire body pressed against yours. They aren’t trying to cop a feel or steal your wallet, they just do not have the same sense of personal space that many in the West are used to. And, honestly if you leave even a tiny crack between yourself, someone else will come along and try to squeeze in. You will probably learn to do this too before you leave India.

An orderly queue is generally disregarded. Being a foreigner, people will blatantly cut you off in line and push past you as if you aren’t even there. Overpopulation plays a big role in this behavior. Try to keep your cool while holding your place in line. Don’t be afraid to stand your ground, stick out elbows or shuffle around to keep people from cutting in line. Many people understand English and even if they don’t, they will understand what you mean when you tell them “excuse me”. But don’t expect to hear that much in return when you are bumped and pushed aside! 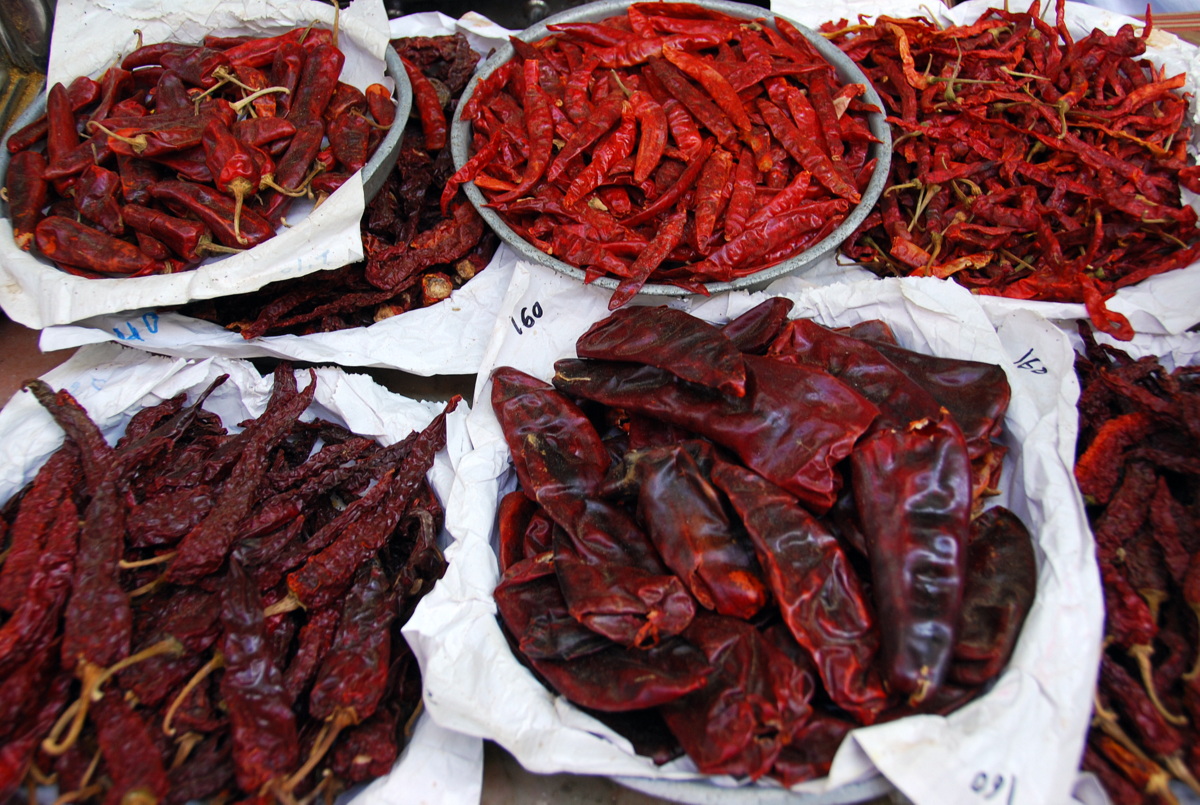 Don’t come to India with the expectation that you will get your rice and curry, it doesn’t really exist here. Many of the names are the same, the ingredients are similar but the tastes are much different. The spices are more prominent, the chili’s hotter and selection is much greater. You won’t see ‘curry’ on the menus. This is a generic English term to describe what Indians would call a gravy dish. Every region of India has it’s own type of food, which depending on where you live, you may have never heard of or tried. You will have vegetarian options at every restaurant with paneer a staple ingredient. The main choices of meat are chicken or mutton (which is actually goat). Gravy dishes go with rice or bread, but in India usually not both. Dry dishes are eaten with bread only.

This confronts foreign visitors the minute they walk into the country. Poverty is everywhere and always in your face. It is difficult to see the contrast between rich and poor. You will see mansions with shanty towns built just below. You will see Hummers and Mercedes drive down streets lined with slums. It isn’t something that you really ever get used to as a foreigner.

This is the most confusing aspect of communication between Indians and foreigners. It means yes, I hear you and I don’t know. How you know which one the speaker means is up for debate and mostly just takes lots and lots of practice to understand.  If you aren’t sure what was meant, you can try to rephrase your question where it is clear what the speaker means. Otherwise, just go with your best guess! 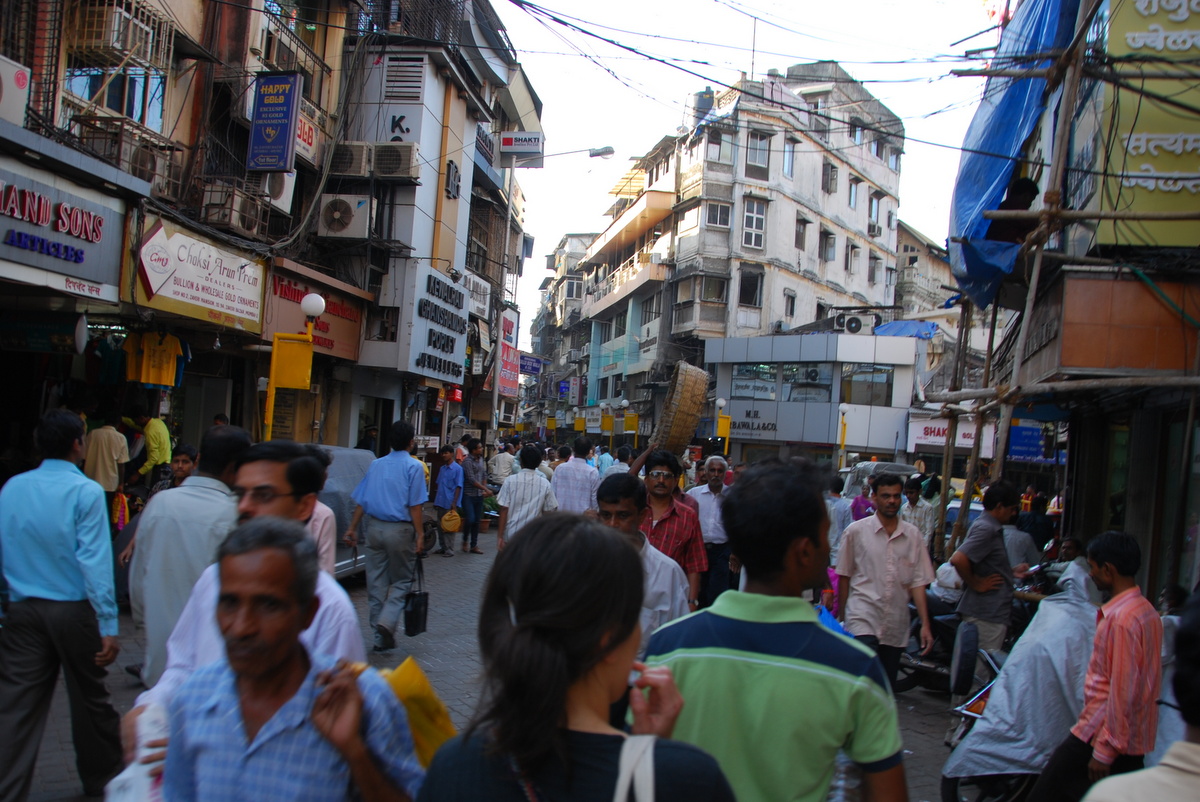 Do you remember the game frogger? If not, then you need to brush up on it before attempting to cross a road in India. Cars do not stop for pedestrians, if they did, they would never get anywhere. Instead pedestrians have learned to cross in between cars as they race down the road. This means standing on invisible non existent lines between cars and shuffling slowly or quickly from one space to another until you get across the road. As you are learning to do this, go with grandmothers or mothers with children.

All foreigners visiting India, particularly those with blond hair and/or fair skin will receive a lot of attention in public. People will openly stare at you, point you out to friends and take photos of you. Don’t be offended, people are just curious. It can get tiring, but do your best to keep your cool. Pretend you are famous, smile and wave to your admirers.

Avoid eye contact with touts and learn to say no confidently. Along with receiving lots of attention, you will be approached constantly from touts, drivers, guides, beggars and people selling things on the streets. Almost no one will take your first or second no as a firm answer.  Firmly and politely say “Nahi. Challo” (pronounced: na-he. cello) which means no, go away (basically). 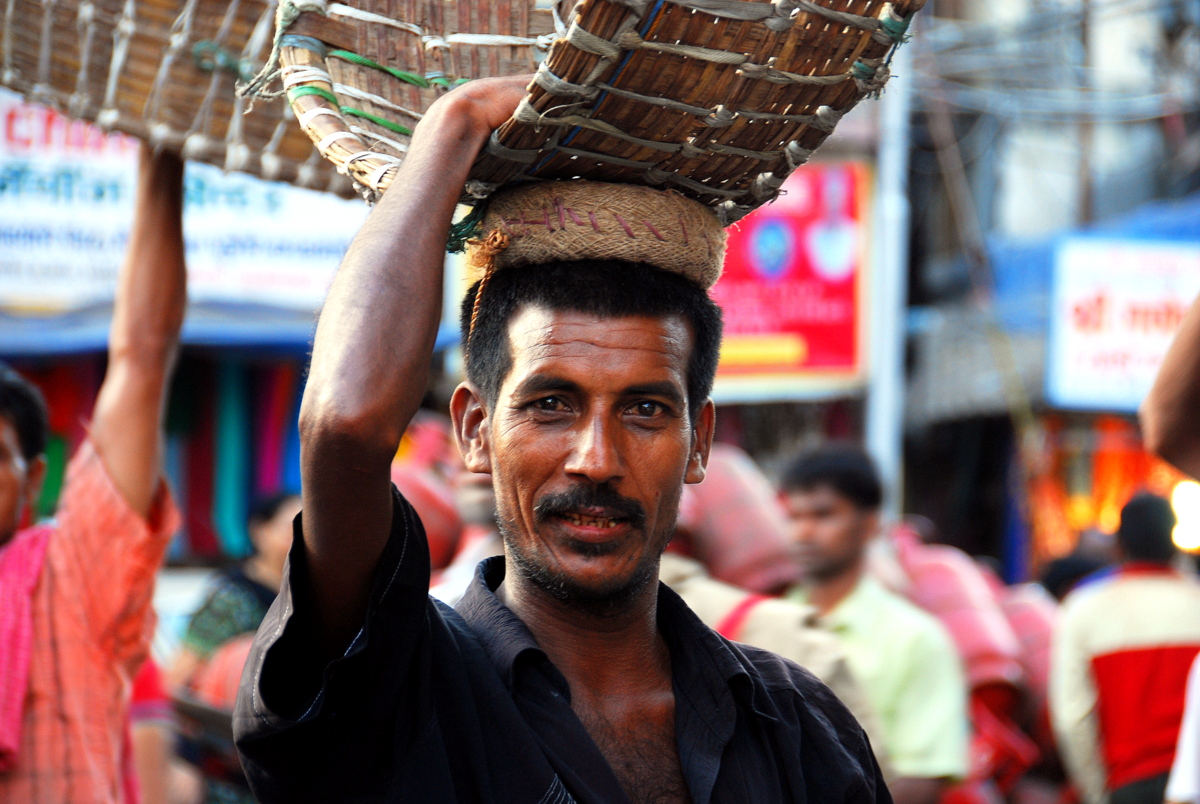 Spitting in public and clearing the deepest sinus recesses of the head — with sound effects — are common throughout India– even on public transportation and on the streets. You are lucky if you don’t wake up in the morning to a chorus of spitting and guttural cleansing sounds.

You will see more people pee and poop than at any other time in your life. You will see it on the roads in big metropolitan cities, you will see it off the train tracks as you glide by, you will see it anywhere and everywhere. Public restrooms are few and far between and/or cost money that puts them out of reach for much of the population.

Indians love children, especially foreign light skinned children . They do not have the same sense of space that western parents have.  They will stretch their arms out ready for you to hand over your child or often try to take him right off you. They will touch and pinch their cheeks, they will give finger kisses to any exposed part of their skin and they will circle around your child to stare and ooh and ahh.  Don’t worry, they are not going to run off with your child. They just genuinely love children and feel happy seeing small foreign children in their country. 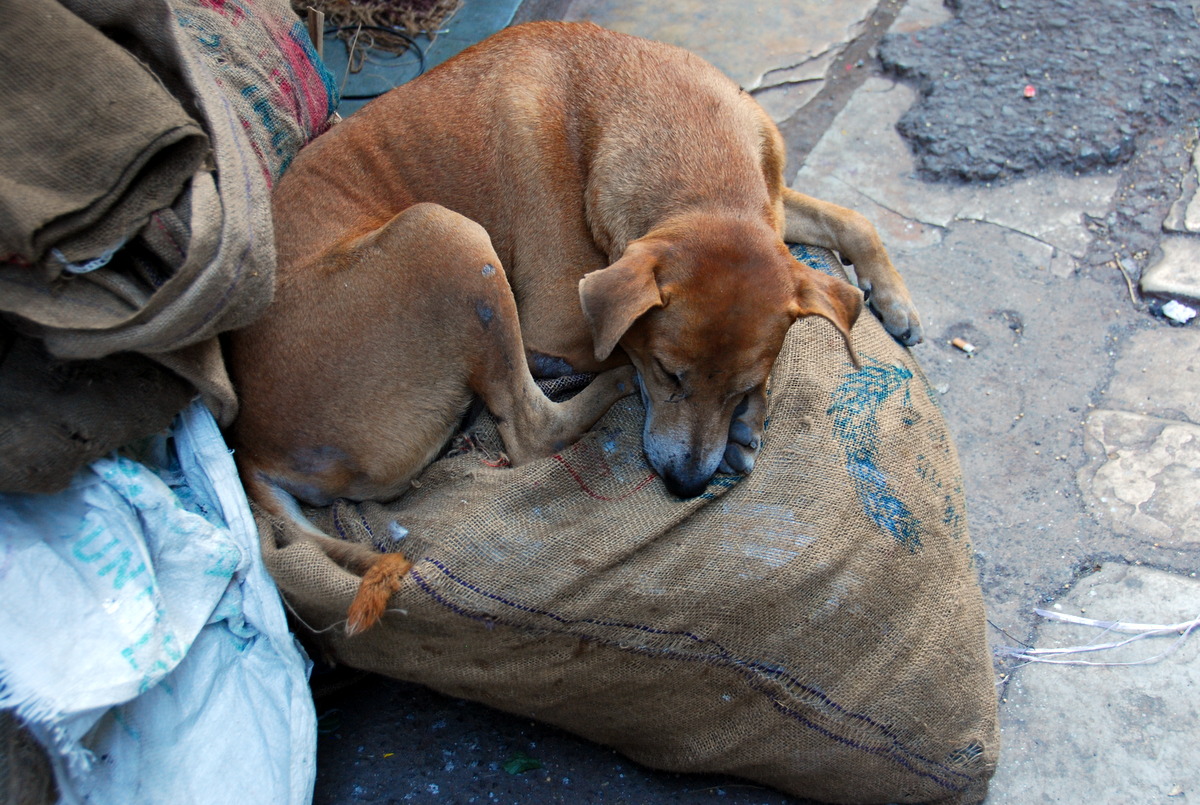 For animal lovers this is a difficult sight to see in India. There are millions of stray animals everywhere you turn and often you can see their bones jutting out of their skin. In general stray dogs and cats are not treated well in India. People throw stones at them, yell at them, honk at them and trap them to move them to other areas. There are also the few who lovingly feed them, tend to their wounds and sterilize them, but there are more stray’s than they can manage. If you want to feed them snacks, feel free. Remember to not overfeed them as it can often make them sick when they eat too much at once.

India is a loud country. You will be inundated with horns honking, music blaring, loud speakers blasting, firecrackers crackling in the night and people talking and yelling.  In the quiet of the morning you will hear the call to prayer, roosters calling, cow’s mooing, dogs barking and cats fighting. If you are a light sleeper, consider taking ear plugs.

India is known to assault all of your senses. When you first arrive you will smell a distinct smell that is India. It is inexpiable but it is the smell of India. The smells are everywhere. Urine, defecation, body odor and burning trash mingling with the wafting scents of sandalwood incense, spices and foods cooking on the roads.

You will see more men holding hands than men/women couples. Public displays of affection is frowned upon in India. This is not about being gay as much as friendship and just physical closeness. In a country of 1.2 billion people and where men/women are not allowed to show affection, this is the accepted manner to show affection. Although times are changing in large cities, where you will see couples huddled together looking out over the ocean or chatting in the park.

Getting anything done in India takes a lot longer than it would back at home. There are inefficient processes to deal with, conflicting information being given minute by minute, and many tea and lunch breaks to contend with. It can be a challenge to figure out how and where to get things done.  Anything is possible in India, it just takes time, patience and persistence.

India is in your face from the moment you arrive, it is difficult to not have culture shock. You are tested from the moment you step on the plane until the minute you leave. People used to say that travelling in SE Asia was “college” and India was “graduate school”. You will love it and hate it, often at the same time. But it will get under your skin and keep you coming back for more!

24 thoughts on “Tips on Avoiding Culture Shock in India”