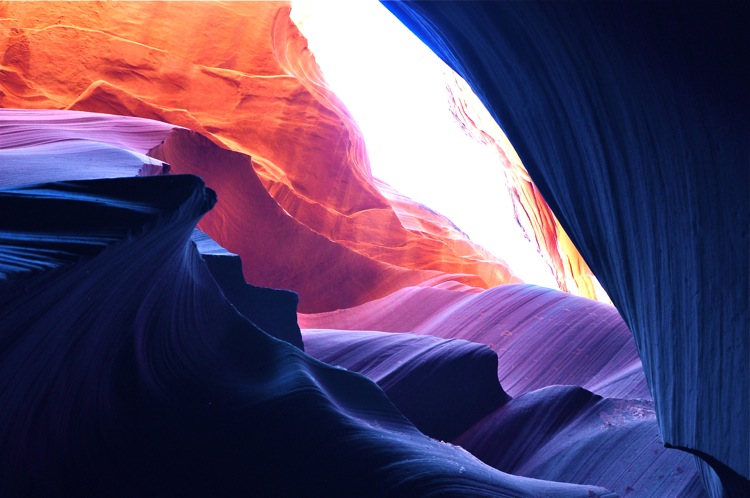 I live and breathe travel. If it was up to me I would be traveling full time, but that doesn’t seem to be in the cards right now. So instead, I dream up all the trips I hope we can take. I plan them out in my head and often on paper, holding on to them for when the time is right. At least once a day we discuss somewhere that we want to go. Based on those family conversations, I have compiled our dream travel destination list for 2015. This includes some lofty dreams as well as the practical must do travel plans!

Every day I hear at least once from my son “When are we going to Costa Rica?” We had planned a 3 week trip to Costa Rica for last fall, but then realized it would be the rainy season when we were able to go. Instead of risking being rained out of our awesome itinerary (of jungle treks, ziplining, beach time and waterfall hikes), we decided to postpone until the new year. To my son, this means Jan, hence why he asks every day when we are going to Costa Rica. He was very involved in planning that trip, so he knows what he wants to do and can’t wait. He has even been practicing his snorkeling in the bath in preparation for “swimming with fishes”! This is the top of our travel to do list this year. When it will happen, we aren’t quite sure, but perhaps for spring break in April.

There are so many amazing national parks in this country and my son’s obsession with collecting junior park ranger badges means we might just make it to a good deal of them in our lifetime. Our friends who we went to Yosemite with last year have suggested Antelope Canyon as the destination for our joint family trip for 2015. I’m sold! My friend Lisa did a 2 week trip in this region a few years ago and I have had it bookmarked in my mind long before my little one’s park ranger obsession. It also doesn’t help that I see at least one photo from Antelope Canyon in my instagram feed every day.

We almost pulled the trigger last year and went to Kenya on a family trip, but decided at the last minute to go to India instead. Our family friend who lives in Nairobi was not going to be available when we were planning to visit, so we figured there was no point unless she could be our unofficial tour guide. But now we know that she is definitely leaving this year at some point. So… it’s back on the drawing board. Cian is not excited about the prospect of another travel injection (yellow fever), but is considering if it would be worth it just to have his own real life Wild Kratts experience.  I already have a to do list for Nairobi and I have an awesome kid friendly safari in the bush scoped out. All we would need is a nice beach to round the trip out!

Ok, this isn’t actually a ‘dream’ destination, more like a reality. We haven’t been to Ireland in 1.5 yrs at this point, so I know a trip to Dublin is on the cards for this year. We have tentatively planned to visit during our son’s 2 week summer break. We are usually pretty family focused during our trips to Ireland, but I always try to sneak in a few days somewhere new. For this trip, I hope to get to Belfast and The Giant’s Causeway in Northern Ireland. Although magical Galway is always calling for me to return, especially in the summer. (yes, the photo above has nothing to do with any of this, but I still love the Cliffs of Moher!).

This is another destination that had been planned and then cancelled at the last minute. When we lived in India, Paul bought me a book for my birthday. Inside the cover it was written that this was pre-reading in anticipation for my birthday trip to Cuba. Traveling from India to Cuba was going to be a major feat, but we could have done it. Instead our indecisiveness led us to draw destinations out of a hat. The winner of that lucky draw was Japan and what ended up being one of our all time favorite trips ever. Anyway, this means that Cuba is still on our list! I would have to re-work our itinerary a bit as it was pre-child and I’m not sure he would enjoy all of the nothingness (i.e. driving around small towns) that we had envisioned as the basis for our trip! Given the potential change in Cuba for tourism, this has moved higher on our (my husbands) travel to do list.

Not exotic, but it’s been on my list for ages and I have a wonderful friend up there who I have not seen in ages that I have been promising I would visit. So, I would like to find a way to make at least a long weekend trip to Portland happen this year. I don’t even know what all I want to do there, except for visit the Powells bookstore! But I also would like to see some more of this beautiful state. If I had the time, I would do a leisurely road trip around the state, making sure to hit Crater Lake for another jr park ranger badge!

I see a pattern developing here… Trips we planned that didn’t happen for some reason or another! Again, this was supposed to happen in 2013 when we visited Ireland, but like all things with me, time gets away and I end up scrambling at the last minute looking for cheaper options! A 7 Euro flight to Morocco from Dublin (3 months in advance) turned into a 600 Euro flight, so instead we spent our time in Spain and Switzerland which ended up being pretty amazing. But I haven’t stopped thinking about Morocco and how I need to get there. I just know there are a ton of carpets there waiting for me to buy! And Cian doesn’t remember his camel ride in India and wants to do it again on the beaches of Morocco. Do we need more reason than that?

I have already been to China, and I hate repeating countries, but my husband and son have not been there. And, we have friends who will be living in Beijing until only Sept of this year before moving on to their next expat posting (Hanoi – on 2016’s list for sure). I really would like to get there before they are gone. Do I see this happening? Probably not, but it’s worth it to dream right? And maybe it will be on the cards – my son has shown a keen interest in learning Chinese lately! I also cannot pass up the opportunity to visit the Chengdu Panda Research Center again. When I last visited they did not allow you to touch or hold the panda’s, but I hear now you can hold an actual panda for a donation! If anything, I think this destination is more likely for 2016 since Tibet is the current plan for my 40th/9th birthday.

If Ireland isn’t on the dream destination list, then Texas and Oklahoma definitely are not either! But again, this is a family obligation type trip. This year however, I am looking to take a side trip to my old college town of Austin. I haven’t been back since the early 2000s, so it’s well overdue.  Sorry friends, the first thing on my to do list in Austin is to eat some queso! A late spring or early fall trip would be the best when we could visit all the popular watering holes with the wee one and check out some hiking trails in the Hill Country before it gets too hot.

It would be difficult to justify a trip to both Hawaii and Costa Rica in the same year, but Hawaii is very high on our to do list, right up there with Costa Rica. We keep looking at it as an either/or situation. Which destination has the cheapest flights when we want to go? That will be what it comes down to I think. I saw flights for less than $400 to Hawaii today and almost purchased them, but they would not get us to the Big Island which is where Cian wants to go for his Hawaii Volcanos National Park Jr ranger badge. And I also have a friend from grade school who lives in Kona and is an underwater videographer. I can’t imagine anyone better to be our local guide!

We all have a million more destinations on our travel to do list, but I can’t write forever!  In short, Cian says he wants to get back to San Francisco this year (we all do!), Mexico (ditto) and even Spain again. I want to go to Mammoth, Sedona for a spa weekend and take a roadtrip on the east coast during fall when all of the tree’s leaves are so magnificently beautiful. For now we will rest with this list and continue planning, scheming and dreaming up exciting adventures here in LA and abroad. Apart from bigger trips, our LA bucket list is still super long as well! Can’t wait to see what 2015 brings! Happy 2015 travels to all of you out there as well.

2 thoughts on “Dream Travel Destinations for 2015”