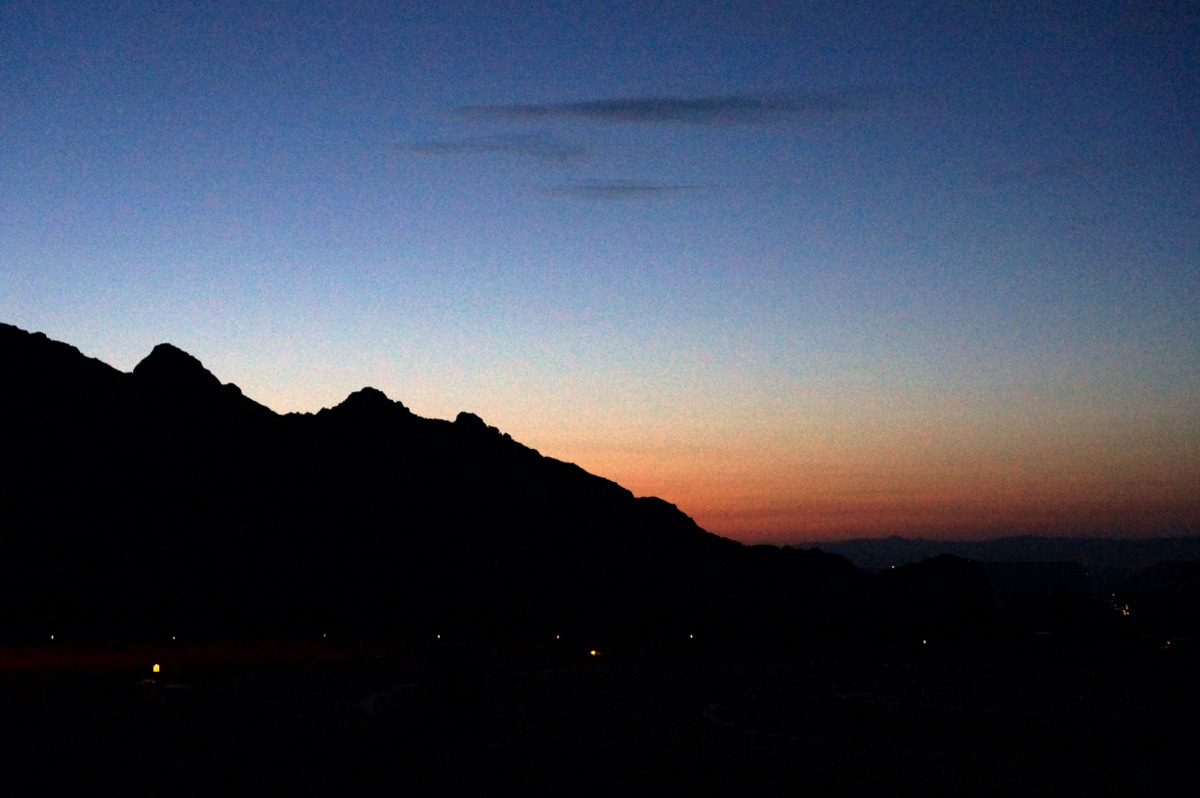 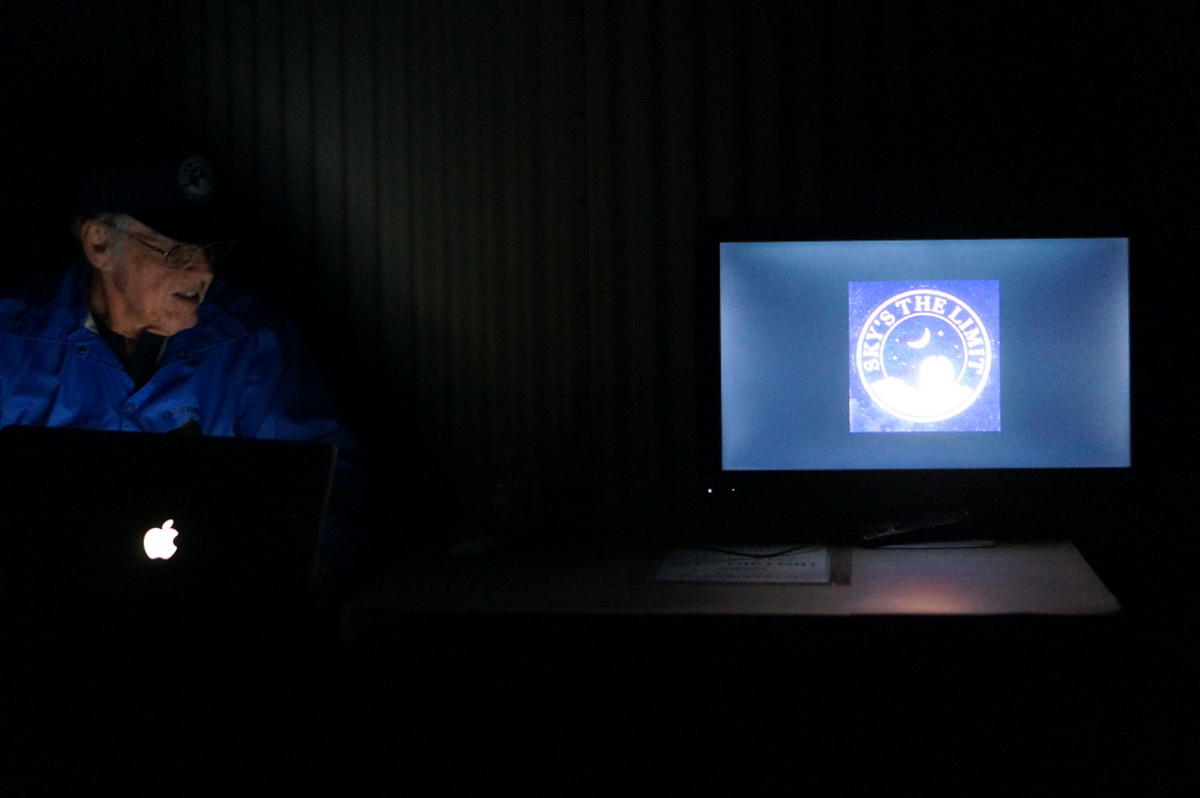 One of the best places in Southern California for star gazing is in and around Joshua Tree. We have been out several times specifically to do this, but only recently learned about the Sky’s the Limit Observatory in 29 Palms. On our last visit to the northern part of Joshua Tree we noticed the observatory’s white building contrasting in the desert landscape, but didn’t really know if it was open to the public, so we didn’t stop. On my most recent trip however, I heard that they offer free weekly viewings, so I went to check it out.

Living so close to Griffith Park Observatory, I am no stranger to star parties, so it’s not always easy to impress me with telescopes. But I have to say that the Sky’s the Limit Observatory was fantastic in more ways than one.

Unfortunately we arrived after dark and were not able to get the full experience, but I was still super impressed with their Orrery.  If you are like me, you have no idea what an Orrery is. Well, it is a model of sorts to demonstrate the scale of the solar system and the motion of the planets as they move around the sun. Traditional Orrery’s are typically smaller scaled, like what can be put on a desk. The Orrery at the Sky’s the Limit Observatory is dubbed a “human” Orrery, meaning that you can walk out the movements of the planets to see first hand how the solar system works. It was amazing and brilliant. Using a crazy ratio of 20 billion to 1, the Orrery at Sky’s the Limit Observatory allows visitors to use stepping stones (each stone signifying 4 days) to feel the orbit of planets around the sun. With several people present, walking the orbits, you can really get a sense of the speed of each planet’s orbit. Every detail has been taken into account for this model, including the slope of the orbit, the size of the planets comparably, etc.

For the first time in my life I had a real sense of the grandness of our solar system and the distances that encompass it. The volunteers on hand told me that the nearest star to Earth according to the dimensions of their Orrery would be in Mexico City! It’s insane to think about it in those terms.
This is an ideal place to bring kids who are interested in space as it will allow them to also get a real feel for where the planets are in the night sky and how quickly or slowly they move around the sun in comparison to the Earth. It was tremendously eye opening for me. Arrive well before dark, so you can fully explore the Orrery as well as the nature trail and zen garden on site. 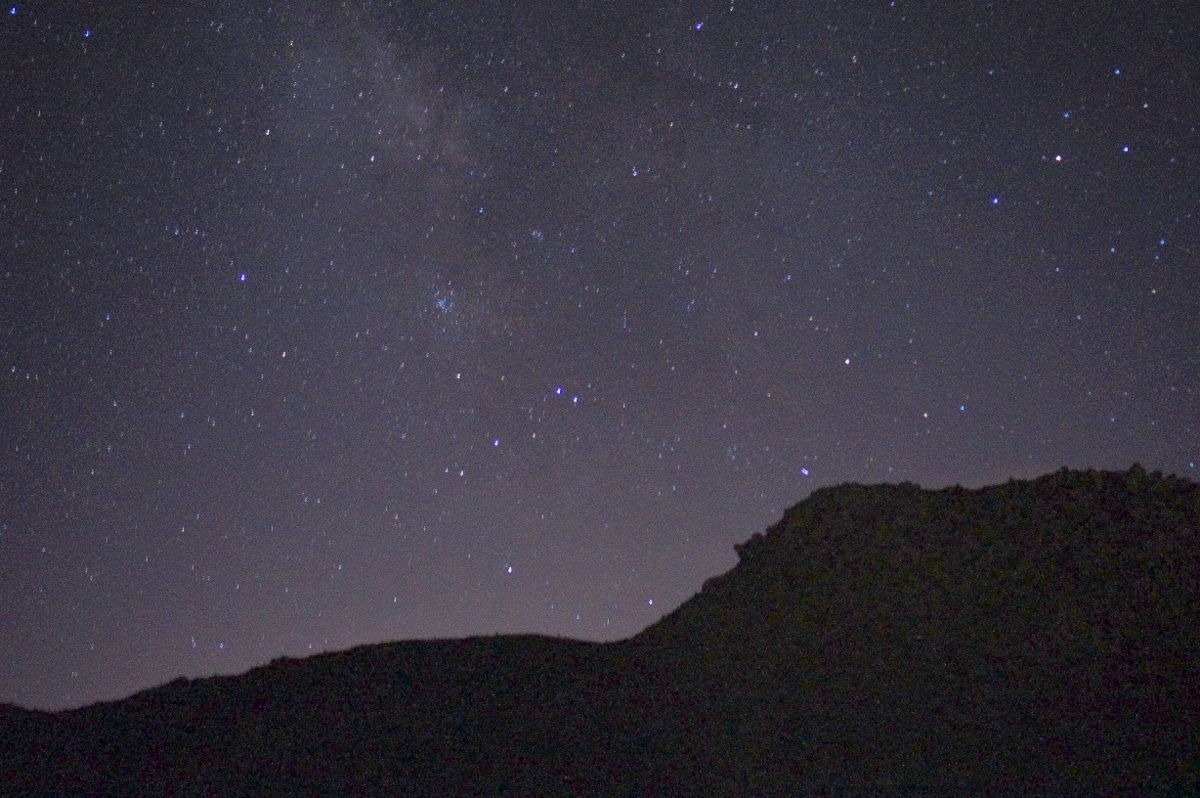 Once you have had your fill of the grounds, head over to the observatory building where volunteers are on hand to share their incredible knowledge with visitors about what is present in the night sky every Saturday night (except when there is a full moon). Many of their bigger telescopes were recently stolen, so on our visit we only were able to see inside the observatory and use a telescope the volunteers had set up outside. Hopefully they will soon be able to replace some of their bigger scopes.
During our visit, we were able to see several stars, Saturn, Jupiter and Mars. I had seen planets from a telescope before, but this was the first time I was able to actually see the lines on Jupiter! We also could see the rings around Saturn and the red glow of Mars. If you haven’t ever seen planets from telescopes you might think that you will get an up close view, but those types of views require the most powerful telescopes that aren’t easy to come by. For novice star gazers, this will be a great opportunity to speak with really knowledgable people in a relaxed environment.

Sky’s the Limit Observatory is located on Utah Trail Road, the same road you use to enter the Northern (Oasis of Mara) entrance of Joshua Tree National Park. Volunteers are only on hand on Saturday night viewings, however, the Orrery and nature trail are available for visitors throughout the day.

Want to make a full trip of your visit? Check out our post on where to stay and what else there is to do in 29 Palms.

Have you visited 29 Palms and the Sky’s the Limit Observatory? Share your tips or comments below! 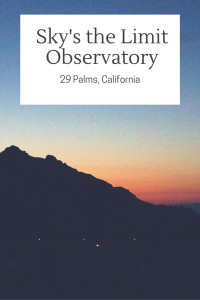